Cheetah In The City 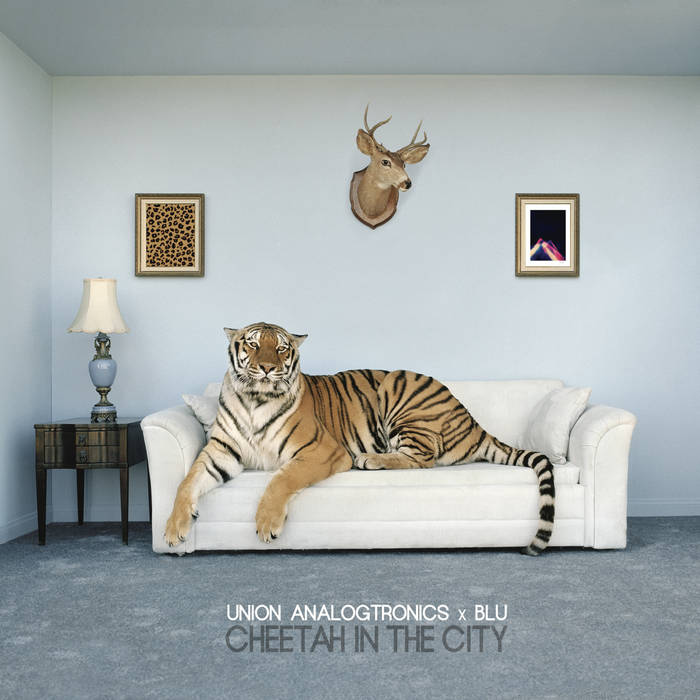 Hot off collaborations with Nottz (Titans in the Flesh EP) and
Madlib (Bad Neighbor LP), SoCal ambassador Blu has teamed
up with the Paris-based production team Union Analogtronics (OJ
& Gold) to unleash a new full length album: Cheetah in the City.
Featuring Dam-Funk, Phat Kat, Frank N Dank, and more, the album
signifies a stylistic sea change for Blu, best known for his dusty,
soul sampling collaborations with Exile (Below the Heavens) and his
own introspective opuses (Her Favorite Colour, Good to be Home,
York!). Rippling with 808s and cinematic strings, Cheetah in the
City is an organic evolution from the synth-soaked, futuristic sound
of Analogtronics, UNION’s 2012 Fat Beats Records debut album
featuring Talib Kweli, MF DOOM, Elzhi, Guilty Simpson, and more.

After mutual friends put them in touch at a Parisian post-show
after-party, Blu and Union began a musical exchange that spanned
continents. Blu returned to LA with UNION’s best beats, and after
months of exchanging lyrical ideas, the trio regrouped for marathon
recording sessions in UNION’s Paris-based studio. Cloistered for
weeks with nothing but drum machines, instruments, keyboards,
records, and France’s best bud, Blu became obsessed with infusing
his kicked back Southern California sensibilities into UNION’s
penchant for pushing the possibilities of technicality into multilayered,
densely packed productions. A cohesive story emerged in
the songwriting: a young man, raised amongst deadbeats, killers,
and hard drugs, metamorphoses into the Cheetah, a money-making
predator whose quick talk and cold hustle make him the king of a city
that will eventually consume him, heart and soul.

Bandcamp Daily  your guide to the world of Bandcamp